Disclaimer: The following content is extremely disturbing, continue with caution.

In July 2019 Jeffrey Epstein, the billionaire  financier, and registered sex offender (convicted in 2008 and got off with a slap on the wrist. This took place in Florida under a non-prosecution agreement he signed with the office of the U.S. attorney for Miami (which was then headed by Alex Acosta, then U.S. secretary of labor). He was arrested just days after a federal appeals court in New York ordered the unsealing of nearly 2,000 pages of records on July 9th naming some prominent global elite figures implicated in the international sex ring involving minors and Epstein. This video goes into detail about the case.

According to court records in Florida, authorities said, at least 40 underage girls were brought into Epstein’s Palm Beach mansion for what turned into sexual encounters after female handlers such as Rachel Chandler, a supposed talent scout, looked for suitable girls locally, in Europe and other parts of the world. Some girls were also brought to Epstein’s homes in New York City, New Mexico and a private Caribbean island, Little St. James Island (AKA Epstein Island), according to court documents. 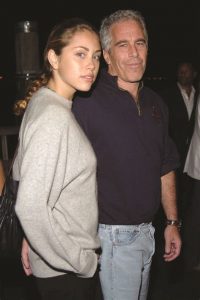 At his first court appearance Epstein pled not guilty, his attorney argued these charges were “ancient” and had already Been heard by the court and ruled on hoping to get Epstein out on bond. However, Prosecutors argued that because of the new discovery of the photo trove, and Cd’s labeled “girl pics nude” Mr. Epstein could not be freed on bail. “As a man of nearly infinite means” — including six homes and two private jets — which made him a significant flight risk, and the Judge agreed.

Prosecutors had seized hundreds, and possibly thousands, of “sexually suggestive” pictures of nude or partially nude young women and girls during a search of Mr. Epstein’s Manhattan townhouse conducted at roughly the same time the financier was arrested at Teterboro Airport (KTEB) in New Jersey. Teterboro is primarily an airport used by the “rich and famous” to fly their private jets into the NYC area. There is no real security in private terminals like these. No TSA, no checks, etc. You can just walk in, perhaps give your jets tail number to the person at the desk and off you go. If it’s busy, there’s a small waiting area that can sometimes contain some very well known parties. But the terminal workers typically do a pretty swift job of getting people to their jets quickly.

Nobody could have guessed what was found as a result of that search. Not only had Epstein been sexually abusing girls as young 14. He had many high profile friends that were engaging in those and far more sinister activities with him. This article displays the police findings.

On August 10, 2019 Jeffrey Epstein was found unresponsive in his cell, he had allegedly “committed suicide” by hanging himself with his bedsheets. This is where things Began to look rather strange. Although his death was ruled a suicide by the New York City Health Examiner, Epstein’s family hired a pathologist to look into the medical examiners findings. The pathologist claimed that the injuries pointed to homicide not suicide. Here is an article containing the family’s medical examiners report.

Why would Epstein have been suicided? If you’ve never heard of the Clinton Body Count lets just say that these are people that do not want their real lives to be known. The Clintons among other high ranking members of the cabal will do anything to keep their secrets hidden, this article explains them in detail. 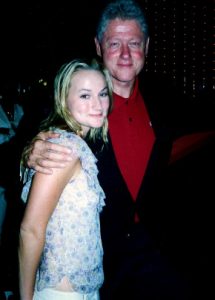 After Epstein’s death the Main Stream Media stumbled upon a picture of Donald Trump and Jeffrey Epstein talking at a social event for New York City Elite in 1992. They reported that Jeffrey Epstein and Donald Trump had raped a 13 year old girl aboard the Lolita Express. They soon found out the President in question was actually Bill Clinton who flew aboard the Lolita Express more than 26 times, and spent plenty of nights on Epstein’s Pedophile Island. However, The story was never retracted or corrected. Bill Gates has also never given anyone a reason for his 17 trips to Pedophile Island, but I guess the Main Stream Media is fine with that. 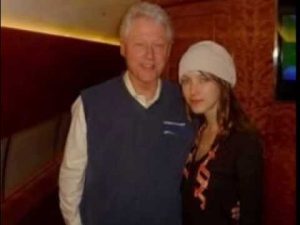 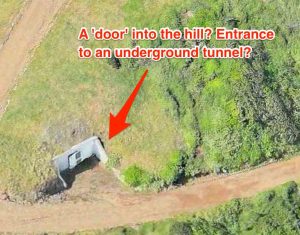 Now what’s interesting to note about the island is that it’s full of little oddities. Each corner of the island is named after a “Satanic Prince.” There are also at least 3 underground chambers, each a “D-Room” with a letter attached. An H, an R, and a C. It is speculated that D room stands for Death room.

There are underground entrances, and tunnels that lead to the temple.

There is also a sundial with an alter, a sacrificial sundial.

The Temple, where the satanic ritual rapes and murders would have taken place also has a trap door in the floor leading to the underground temple and tunnels that run along the island more on that here.

And Photographs of Epstein himself participating in Satanic Ritual Abuse

Rachel Chandler lured young girls into the island pretending to be a talent scout, promising these children fortune and fame, most of which were never seen or heard from again. 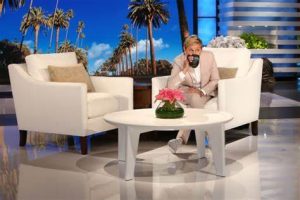 One other interesting tie to Epstein’s Pedophile island is the set of Talk show super star and celebrity handler Ellen DeGeneres, the set of her day time talk show is the temple on Epstein Island. You see the line of trees and the blue and white striped building along the side.

Usually it’s at about this point where people experience a phenomenon known as cognitive dissonance. Simply put no matter what evidence you are presented with, if it goes against your core belief system, that you don’t want to, or straight up refuse to believe it.

Trust me, I know this stuff is difficult to see and hard to wrap your mind around, which is the exact reason we must see it, process it and expose those responsible. We can not simply bury our head in the sand and remain willfully ignorant while so many children are still facing such horrific rape, torture and death, even as you read this.

Many survivors of Satanic ritual abuse say the lucky ones get to die, the rest live long lives perpetually being haunted by the torture they endured day after day, made also to do horrible unspeakable things to other people. Unable to tell anyone what is happening to them without risking severe consequences.

Please don’t take my word on this, dig into it yourself. Decide for your self. Ask yourself why these evil people involved with the satanic rape and murder of children HATE President Trump so much? Why are they willing to lie, and falsify documents and information on the President Elect of the USA? Why would Obama have $65,000 of Pizza and Hotdogs flown into the White House at 1am, when the entire world knows all the food consumed in the White House is made in the White House as a security measure? Trump has taken down many sex trafficking rings let’s hope the Elite sex trafficking trade in the United States is the next one to go.

Trump even went as far to sign an Executive Order in 2017 cracking down on human trafficking and expanded it on January 31, 2020.

With that said I will leave you with this. There’s more to come on this topic.

LIST OF KNOWN NAMES CONNECTED TO SATANIC CULTS/ PEDOPHILIA/CHILD-TRAFFICKING IN AMERICA: | SAVE THE CHILDREN