The National Institutes of Health conducted AIDS studies in the 80s and 90s which left foster children and clinical volunteers dead.

As Director of NIAID, Fauci oversees research to “prevent, diagnose, and treat infectious and immune-mediated diseases, including HIV/AIDS” according to the website. In 1988, Fauci became the first Director of the Office of AIDS research.

The sometimes-lethal experiments were covered in an Associated Press article by former reporter John Solomon, He concluded that while Fauci was Director, the NIH oversaw the enrollment of thousands of foster children with AIDS into controversial programs that allowed them to receive experimental drugs designed to combat the illness. These Children were promised advocates to ensure their safety which they never received.

According to John Soloman, the NIH “promised in writing to provide an independent advocate to safeguard the kids’ well-being as they tested potent AIDS drugs,” however, these advocates failed to materialize for almost every child involved. The subjects – foster children without stable home lives – ranged from infants to late teens.

Solomon pointed out that “Several studies that enlisted foster children reported that patients suffered side effects such as rashes, vomiting and sharp drops in infection-fighting blood cells, and one reported a ‘disturbing’ higher death rate among children who took higher doses of a drug, records show.” 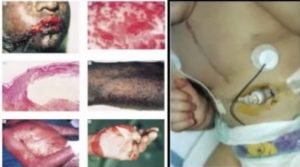 “Some foster children died during studies,” reported Solomon after noting that the majority of children appear to not have received an advocate. “State or city agencies said they could find no records that any deaths were directly caused by the experimental treatments,” he noted.

Solomon also documented how the government went about seeking “mostly poor or minority children” to be exposed to “medical research and drugs that were known to have serious side effects in adults and for which the safety for children was unknown.” 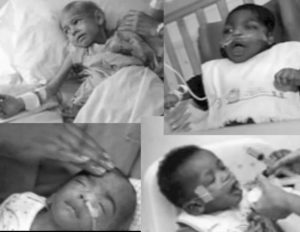 Solomon explained government researchers in 1983 had agreed to have “child wards” monitor experiments and act as “independent advocates” on behalf of the children’s safety in the studies “that involved greater than minimal risk and lacked the promise of direct benefit;” however, this policy was not enforced, in fact it was ignored.

Some foster agencies, including those in Illinois and New York, required researchers to sign a document agreeing to provide the protection regardless of risks and benefits.

However, researchers and foster agencies told AP that foster children in AIDS drug trials often weren’t given such advocates even though research institutions many times promised in writing to do so.

For instance, “Illinois officials believe none of their nearly 200 foster children in AIDS studies got independent monitors,” Solomon reported.

Likewise, “New York City could find records showing 142 – less than a third – of the 465 foster children in AIDS drug trials got such monitors even though city policy required them.”

The lack of safety advocates had dire consequences for the children, especially since they were engaged in risky Phase I and Phase II clinical studies. Some of these children lost their life under horrific circumstances.

At the time, University of Pennsylvania medical ethicist Arthur Caplan argued researchers should have allowed child wards and would have known the study dangers since “there was great uncertainty as to how children would react to AIDS medications that were often toxic for adults,” reported Solomon.

“It is exactly that set of circumstances that made it absolutely mandatory to get those kids those advocates,” Caplan said. “It is inexcusable that they wouldn’t have an advocate for each one of those children.

“When you have the most vulnerable subjects imaginable – kids without parents – you really do have to come in with someone independent, who doesn’t have a dog in this fight,” he said.

In 2009, an investigation commissioned by New York City claimed to find “no evidence that any children died as a result of the trials or that the foster children were selected because of their race.” When in fact that is exactly why they were chosen.

As noted by National File‘s Tom Pappert, Fauci’s official bio on the NIAID website proudly lists advancements in AIDS research among other accolades.

“As Director of NIAID, Fauci oversees research to “prevent, diagnose, and treat infectious and immune-mediated diseases, including HIV/AIDS” according to the website,” Pappert writes. “In 1988, Fauci became the first Director of the Office of AIDS research.”

Add the children’s deaths, and unimaginable suffering to the list of gruesomely egregious horrors carried out by the federal government’s National Institutes of Allergies and Infectious Diseases under Fauci’s watch.